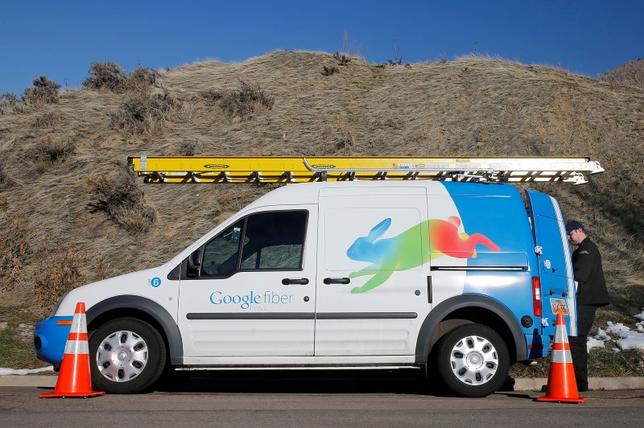 A Google Fiber technician gets supplies out of his truck to install Google Fiber in a residential home in Provo, Utah, January 2, 2014.

The service is set to provide unlimited local and nationwide calls for $10 per month, while adopting the same international calls rates as Google Voice.

The company said it would roll out the service to only a few areas initially.