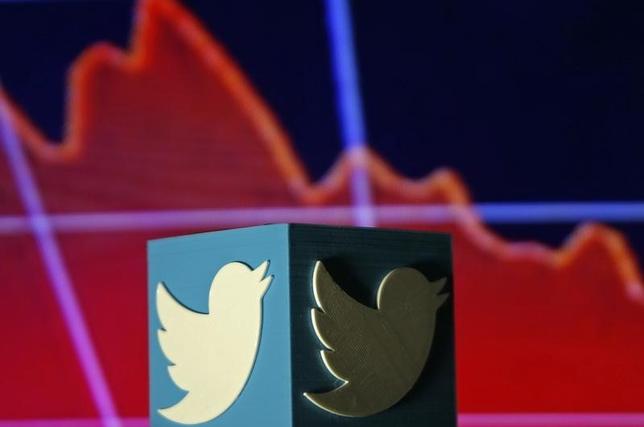 A 3D printed Twitter logo is seen in front of displayed stock graph in this illustration picture made in Zenica, Bosnia and Herzegovina, February 3, 2016.

The feature will also let Twitter users see how others around the world have edited the photo and will also suggest photos that could be edited and posted, to take part in trending conversations and breaking news, Re/code said, citing the company. (on.recode.net/1ReQiW8)

However, it is unclear where Twitter would get these photos or how it would determine which ones to recommend, the report said.

As part of the testing program with the users, Twitter is also suggesting names like ‘Stamptags,’ ‘Taptags’ and ‘Stickits,’ Re/code said, citing a note sent to one test user.

(Reporting by Rishika Sadam in Bengaluru; Editing by Bill Rigby)